Not Much Said the Cat by Michael Swanwick. 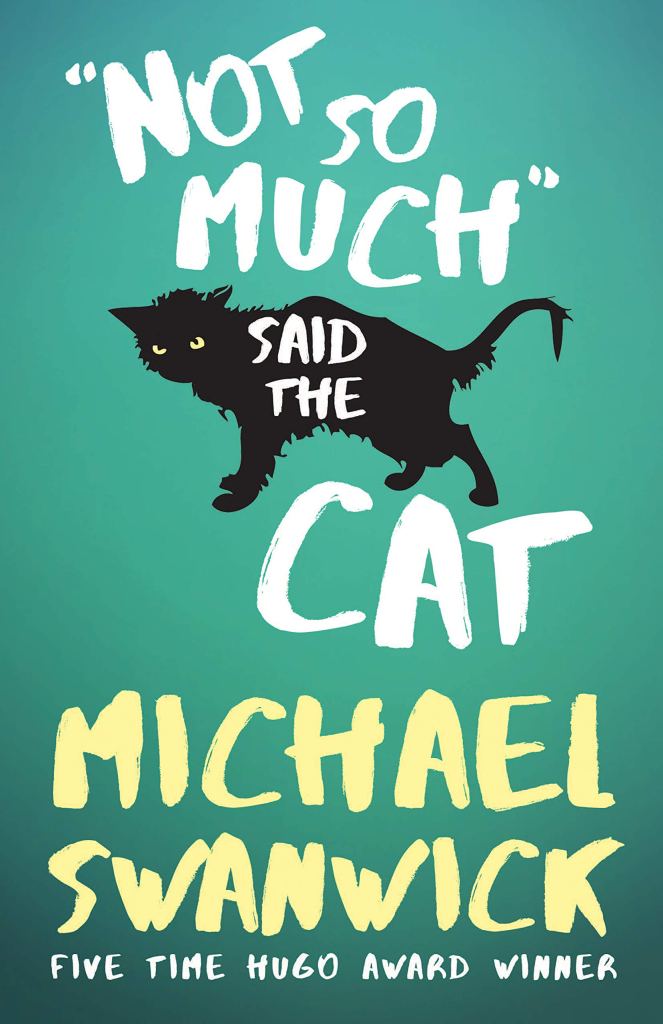 Nebula-award winner and five time Hugo award winner, Michael Swanwick offers a startling collection of stories in Not Much Said The Cat.

Though the man in "The Man in Grey" says he is "nobody," its clear there's more to him than meets the eye. He tells Martha, "I am not a camera. I'm just the man who stands in grey, making things happen."

He stops Martha from falling in front of a train because that wasn't in the script. Yet, in a dramatic twist, Martha goes off script anyway.

The metaphysical idea that everyone is just a character in someone else's story is explored to its fullest in "Goblin Lake."

Besides playing with metaphysical ideas, many of the stories explore artificial intelligence and self-determination.

"The Dala Horse," explores artificial intelligence in bots. The girl's backpack is sentient and the small dala horse is a node who enters the girl's consciousness and battles a white witch.

Many of these stories are involve space exploration and colonization, "For I Have Lain Me Down" and "The She-Wolf's Hidden Grin."

Almost each one of these stories could be expanded into full novels. Two characters in "Tawny Petticoats" appear in many more Michael Swanwick stories.